A popular musician based in Adamawa State, Ado Daukaka, has gone missing hours after his new song titled "Gyara kayanka" condemning some politicians in the state, hit the airwave last week Friday June 24th. According to Premium Times, Daukaka left his home in the early hours of Saturday June 25th to attend an early morning prayer at a mosque and never returned.

One of his relative, Atiku Mustapha, says his disappearance is not unconnected with his new song ”Gyara kayanka” where he alleged that some elected politicians of the ruling APC were deceiving the electorate.

‘’It is not surprising that he could be abducted because of his song because in his new song in which he compared the present and past elected members of the Adamawa State House of Assembly. The way and manner things are happening will not augur well for the state.

They just want to intimidate those that are criticising the charade playing out in the state.” The leader of the Adamawa Concern Citizens, a pressure group in the state, Hussaini Bello, said “We totally condemn the abduction of this famous singer. We are investigating the matter and whoever that has hand in it must be exposed. In our society singers use their God-giving talents to capture the mood of the society, the songs sometimes don’t go down well with those in power except if the singer praises them.” 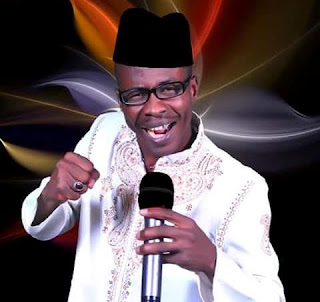