20-yr Old Nigerian For Assaulting And Robbing a Taxi Driver In Dublin, Ireland 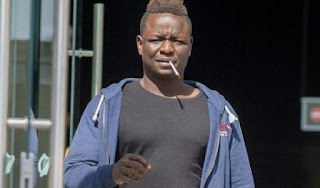 20-year-old Nigerian former rugby player who beat up and robbed a taxi driver to avoid paying a fare was on Monday July 11, sentenced to nine months in prison.


Sachi Buti, who was born in Nigeria but came to Ireland at the age of eight, pleaded guilty to the robbery of Joseph Saji at St Michael’s Estate, Inchicore on the night of August 23rd, 2014.

His mother, who supported her son in the Dublin Circuit Court said she was extremely shocked and appalled at his actions. Buti began his career with Leinster rugby at the age of 14 and played with the under-15 team. He went on to play for Blackrock, Liberty Saints and Guinness Rugby Club.


Judge Catherine Murphy said she was jailing Sashi Buti with "great reluctance" after he failed to engage fully with probation and restorative justice services and failed a drugs test.


Buti was caught because he left his passport behind in the taxi. He had flagged down the taxi on the Naas Road and got into the front passenger seat. Another man with Buti got into the back seat. They told the driver to take them to St Michael’s estate, which Garda Costello described as a derelict site with no CCTV cameras.


Once there, the other man put his arm around the driver’s neck and Buti started hitting him. Buti then sat up on the driver while the men robbed his iPhone, SatNav device and €220 in cash. Shortly after getting out of the car, Buti realised he had left his passport, mobile phone and a necklace in the taxi. He went back to the car but the driver had locked the doors. Buti later reported his passport was lost.


The driver suffered swelling as a result of the attack. None of the stolen items were recovered and he stopped picking up passengers on the street, which had resulted in a loss of income, the court heard.


In his defence, Buti's lawyer Fiona Pecker told the court her client was drunk on the night. She said he claimed not to know the other man but that the other man had suggested that they both "do a runner" on a taxi as Buti had no money to get home after a night out.

Sentencing him to nine months’ imprisonment, Judge Murphy said Buti had been given "every opportunity" by the court to improve his situation. She said he had failed to provide evidence that he completed a course at College and that an employer reference he supplied from a valet car parking company was an "insult to the court" as it was not signed, had no letterhead and "could have been prepared by a child of 15".

Buti attended only four out of seven probation service conferences and failed to complete an anger awareness course as part of the restorative justice programme, he also failed to provide any compensation to his victim and he also tested positive for cocaine and speed. Buti apologised to the court, saying:


"I know you’ve given me so many chances. I 'm an idiot to take drugs."


Judge Murphy said she hoped Buti would use his period of incarceration to turn his life around.


"You’ve got too much potential and too much ability to waste any more time in custody." she concluded.