Turkish Govt To Nigeria: "Close Down All Turkish Schools In Your Country" 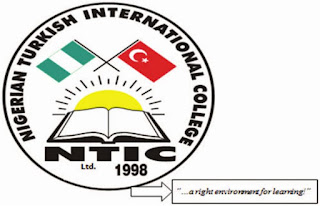 The Turkish government has appealed to the Federal government to close down the 17 Nigerian-Turkish International Colleges (NTIC) in Nigeria, saying they all belong to Fetullah Gulen accused of sponsoring the July 15th failed military coup in Turkey.

“We have formally and verbally made our demand to the Nigerian government through the Foreign Affairs Minister. My country’s Minister of Foreign Affairs has spoken to Mr. Geoffrey Onyema on this. We are requesting for the close down of all the 17 schools. All the schools in Nigeria belong to the Gulen movement and not the Turkish government. They are using the schools to recruit followers for terrorism. This is threatening the peace in our country as they are using funds they are generating in Nigeria for terrorism. Gulen is a terrorist organization using rhetoric of dialogue, peace and partnership to deceive people. It is being presented as a kind of Muslim missionary but they are abusing the religion.

They misled the public by putting Turkey in the name of their school. We don’t have schools in Nigeria, we have in other countries but not in Nigeria. Gulen movement staged a coup and they failed. Investigations prior to the coup attempt had revealed that the followers of the Gulen group infiltrated into various state structures including the police, army and judiciary.”he said Reacting to the allegations, the spokesperson of the Nigerian Turkish International Colleges, Cemal Yigit in a telephone chat with DailyTrust, denied the claims made by the ambassador and said it was a deliberate attempt by the Turkish government to smear the image of the colleges “I am not aware of the information but it is possible since that is how they do the defamation campaign. It is so unfortunate that the smear attack is even reaching Nigeria.

Nigeria is a sovereign country and it is as if the Turkish Ambassador has the luxury of giving Nigerian authorities instructions on the place which employed about 2,000 Nigerians. Let me say that the NTIC, Nizamiye Hospital, Nigeria Turkish Nile University under the First Surat Group of Companies are privately invested here by private investors. These groups of companies have nothing to do with the Turkish government and they are non-governmental and non-political companies. Their responsibility is to the Nigerian authorities. The schools and hospitals are open; there is no way they could be closed. This is just misinformation disseminated by the Turkish Ambassador to Nigeria.”
Reactions: