" I’m Ready To Play Right Back For Eagles"

Posted by SD News Blog at 8:00 am
Kenneth Omeruo has rubbished claims that Leon Balogun and Troost-Ekong pairing in the Super Eagles defense will affect his position in the team. 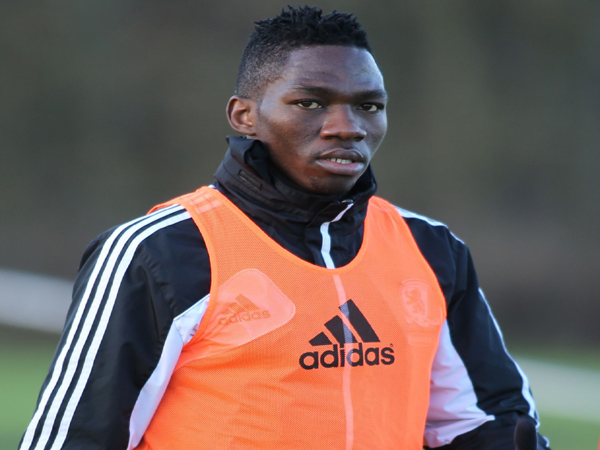 Super Eagles coach Gernot Rohr faith in the duo paid off after an impressive display against Algeria where the Alanyaspor defender was drafted in the right back position.
Omeruo, however, vowed to.....
play in any position for the team to help in achieving their set goal of qualifying for the World Cup in Russia.
“We all are playing as a team with one goal of making it to the World Cup, whoever the coach selects will definitely give his all.’ Omeruo disclosed exclusively to allnigeriasoccer.com at the Nnamdi Azikiwe International Airport Abuja.

“Whichever role the coach thinks I can play in the team I will definitely give my all.

“Playing from the right back against Algeria is just like am playing at the heart of the defense.”
He added : “As a Nigerian, I am ready to play anywhere and give my all to the team. As long as we get the results and we are able to qualify for the World Cup in Russia.”
The Chelsea loanee has featured in all the World Cup qualifying games under coach Gernot Rohr and was substituted in the second half against Algeria after picking up a knock.
Besides the problematic Eagles right fullback position, the left back occupied by Elderson Echiejile is also under threat, officials have hinted.
“Rohr has admitted his fullbacks still lack the mental strength needed for tougher challenges and that perhaps explains the special drilling Elderson Echiejile got before the game with Algeria,” disclosed a team official.
“The left back position is also under serious scrutiny, just like the right back.”
The 28-year-old Elderson has manned the left back in Rohr’s first three matches.

He has played three matches for Belgian club Standard Liege on loan from Monaco, but his last league game was in a 3-1 loss at KV Oostende on October 30.
Rohr has already announced he is shopping for players for these positions.