Dangote To Shut Down Ethopian Plant 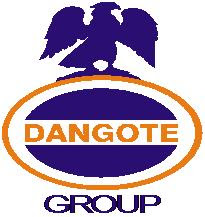 Dangote Cement Plc, owed by Africa’s richest man Aliko Dangote, said it may shut its operations in Ethiopia, if authorities in the central state of Oromia do not reverse an order to cement makers to hand over control of some parts of their businesses to local people.
Oromia State’s East Shewa Zone administration wants the Nigerian firm to outsource its pumice, sand and clay mines to youth groups or be responsible for “any problems” that may arise.
This was made known in a letter from the authority to Dangote that was seen by Bloomberg and verified with a representative of East Shewa’s administration.
The regional government sees the transfer of jobs in pumice production as a way to ease youth unemployment and quell unrest, according to the document.
But in a response, Dangote Executive Director Edwin Devakumar said any mismanagement of mining infrastructure, including buildings and excavators could lead to total breakdown of their business.
The Nation learnt that the cement manufacturer is planning to send a strongly worded letter  to the Federal Government  asking it to intervene and  may consider shutting the plant in Mugher, about 90 kilometres (56 miles) north of Addis Ababa, as a “last option”.
A source told The Nation that the Ethiopian government is having a rethink because of  rising concerns by foreign investors and the negative impact to Foreign Direct Investment (FDI).
But, the Nigerian British Chamber of Commerce (NBBC) has decorated Dangote as patron of the organization.
The President of NBCC, Prince Dapo Adelegan, said the investiture of Dangote was in recognition of his role in globalising the country. He noted that Dangote has been an arrowhead in the branding of the country in term of the quality of his entrepreneurial skills, business, as well as huge investment in key sectors of the economy.
Adelegan noted that NBCC is proud to be associated with Dangote as the award is justified with the impact of the social services of the Dangote Foundation. He urged Dangote to continue to be of service to several generations in the country.
Dangote commended and appreciated the award and lauded the impressive roles of the NBCC in the last 150 years in promoting business ties with Nigeria.