The bride, dressed radiantly in a white, sparkling dress, is usually the best sight to behold at a wedding ceremony and that’s just fine.

Flanking her are bridesmaids, dressed in matching outfits of another colour and looking gorgeous and lovely in their own right.
But did you know that this wasn’t always so?
Back in time, in ancient Rome, both the bride and her bridesmaids used to all wear white dresses.
Yeah, everyone of them in white dresses!
According to Mental Floss, “the motivation behind the uniformed dress code was to ensure each woman looked identical at the altar – in a bid to keep the bride safe from evil spirits.”

So the idea was to get all women looking alike so that when the evil demons of the time came to attack the bride, they wouldn’t know which of the women to hurt.
Also, conquest was very common at the time. So it was common for angry exes and rival suitors to raid wedding ceremonies with their friends and steal the bride away.


Hanne Blank, author of Virgin, the Untouched History says this tradition was also the practice in ancient China where scorned exes would usually wait until the girl’s wedding day to strike and whisk her away to a forced marriage.
It then became imperative to outsmart these angry exes, so the bridesmaids were used as perfect decoy against these raids.
The attackers would not even know which of the ladies they came for, because everyone of them was dressed in white!!! [Lol] 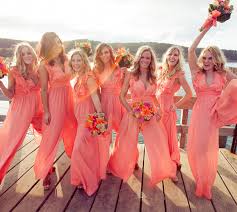 Even at the wedding ceremony of Queen Victoria in 1840 where she had 12 bridesmaids, they all wore white dresses alongside the royal bride.
According to Lou Taylor, Professor of Dress and Textile History at the University of Brighton who was chatting with The Independent, the queen wore a “white off-the-shoulder fashionable 1840 dresses, with full-blown artificial roses decorating their hair behind their right ear.”
Somewhere between that time and now, the influence of evil spirits on wedding days became downplayed and law and order has stopped exes and suitors from making such savage, uncilised raids.
Now brides are safe to wear their white dresses and stand at the altar in peace, but the culture persists till date. 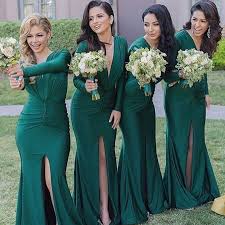