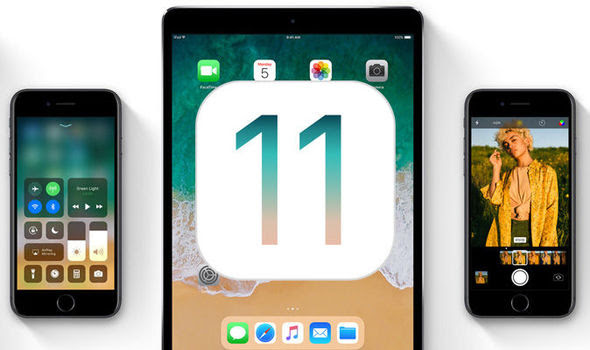 Apple fans can get a host of new features on their iPhone and iPads this week.
iOS 11 was announced during Apple's yearly WWDC developers conference with the update bringing a host of new features to the iPhone and iPad.
This new update won't officailly launch until September but Apple users can hold of iOS 11 much sooner.
In fact, Apple confirmed during their WWDC keynote that a beta version would be publicly available by the end of June - now less than four days away.
Although Apple hasn't confirmed exactly when the public beta will go live there is a way to make sure you get it first.
Users who are desperate to try out iOS 11 can sign up now at Apple's beta test website which will then alert you once the software is live.
CLICK HERE TO SIGN UP TO APPLE'S PUBLIC BETA
However, before you too excited about this blockbuster update you need to ensure that your iPhone, iPad or iPod Touch is compatible with iOS 11.
Most modern iPhones and iPads will work with iOS 11 although if you own an iPhone 5 or 5c (or anything older) you won’t be able to test this new software.
It's also worth remembering that as public beta software has not yet been commercially released by Apple, it will probably contain errors or inaccuracies and may not function as well as commercially released software.
NOTE: Apple itself strongly recommends installing on a secondary system or device.
Here's a full list of compatible products
iPhone 7, iPhone 7 Plus, iPhone 6s, iPhone 6s Plus, iPhone 6, iPhone 6 Plus, iPhone SE, iPhone 5s
iPad 12.9‑inch iPad Pro, 10.5‑inch iPad Pro, 9.7‑inch iPad Pro, iPad Air 2, iPad Air, iPad 5th generation , iPad mini 4, iPad mini 3, iPad mini 2