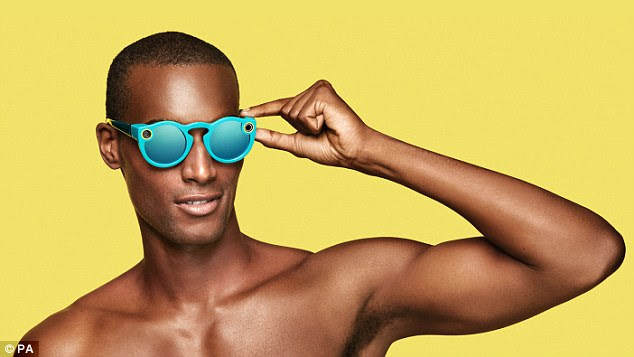 Spectacles, the camera-enabled glasses that connect with Snapchat, have launched in the UK for the first time.
The £130 ($129) sunglasses record 10-second video clips which are then sent to the user's Snapchat account, where they can be shared with friends.

The glasses, which launched in the US in November, are the first piece of hardware built by Snapchat's parent company, Snap.

They will be sold online as well as from bright yellow vending machines, known as Snapbots, which move to a....
new location each day.

UK customers can currently find the yellow vending machine by the London Eye.

After their launch in the US, long queues at Snapbots were reported, while pairs were also listed on eBay for over $1,000 (£775) as demand soared. 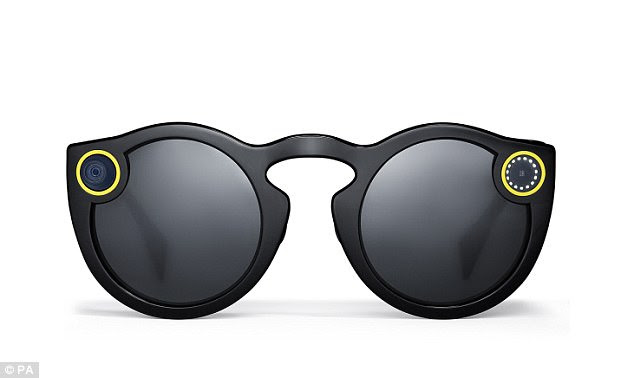 It is estimated the company has sold more than 60,000 pairs of Spectacles in the US so far, and chief executive Evan Spiegel has said the company will 'keep experimenting' with hardware products.

The tech giant has also placed Snapbots in Paris, Berlin, Barcelona and Venice to mark the European launch, and said more would appear in other locations in the UK and Europe during the summer.


Spectacles capture video in a wide-angled, circular format designed to mimic the field of vision captured by the human eye.

They are the first major smartglasses product since Google's ill-fated Glass augmented reality eyewear, which launched in 2014 and enabled users to read messages and get directions as well as take photos.

Google withdrew Glass from sale in early 2015 after concerns were raised over privacy and safety.

The firm is said to be working on a new version of the device.
The Snapchat app has around 166 million daily active users, with more than 55 million in Europe.

It says more than three billion snaps are captured with its in-app camera every day.
The new gadgets transfer the clips to Snapchat via wi-fi or Bluetooth.

Makers of the glasses, simply called Spectacles, say they will create video which is akin to human vision because the lenses have an angle of 115 degrees.

Snapchat announced the product earlier this year, and also revealed it was renaming the company to Snap Inc as it grows to develop further products, stretching beyond the popular app.

Earlier this year Snapchat introduced a range of new filters, called Lenses, that add masks, drawings and other features onto selfies.

As of June this year 10 billion videos are viewed on the app - a sharp rise from eight billion back in February.

It will follow in the footsteps of the hitherto unsuccessful Google Glass, a device launched by Google but beset by problems.