Why Kate Middleton Was Banned From Wimbledon 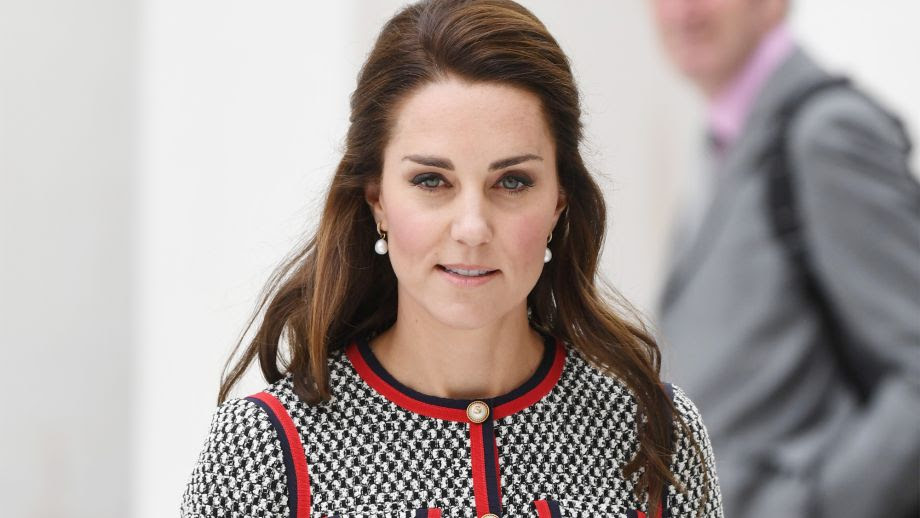 Words by Jadie Troy-Pryde
It’s no secret that Kate Middleton is a huge fan of Wimbledon. Every year, almost without fail, we see the Duchess of Cambridge in the royal box cheering on the best tennis players in the world as they compete for the prestigious title.
But if you cast your mind back to 2013, you might remember that Kate was nowhere to be seen during the epic final that saw Andy Murray beat Novak Djokovic – and it turns out that avid tennis fan Kate had actually been banned from the event.
During an interview as part of a BBC documentary about tennis, Kate revealed why she was told she wasn’t allowed to attend the world famous competition.


‘I was very heavily pregnant. I wrote to him [Murray] afterwards saying sorry for not being there,’ she said.
The Duchess was eight months pregnant with Prince George at the time, and gave birth just two weeks after the final. When she asked her doctor if she could go, the response was: ‘definitely not’.
She also revealed that her love for tennis runs in the family, confessing: ‘Roger [Federer] is my mother’s heartthrob. I don’t think she will mind me saying that!’
However, her dad is a little less clued up on the players.
‘My father is not going to appreciate this but we were walking past Tim Henman and had just seen Sampras play,’ Kate said.
‘My dad said, “Hi, Pete!” I was mortified.’
Kate admitted that she has always been a huge tennis fan, even before she became royalty.
‘Being able to go into Wimbledon and be part of an amazing atmosphere is special. It inspires young people, including myself. Every time Wimbledon is on I am thinking, “Yes, I could do the same,” and get out the racket.
Sadly, not the same results.’


Following initial tussle over his custody between Nigeria and the United States, Mr Abbas was ultimately handed over to the Federal Bureau of Investigation (F.B.I.) on July 2. He arrived in the U.S. on July 3 and made an initial court appearance in Chicago.


Although American prosecutors said Mr Abbas would still be transferred to Los Angeles “in the coming weeks”, he has decided to hire a top lawyer in Chicago to guide him through the process of transfer to Los Angeles.


Mr Pissetzky made the first appearance on behalf of Mr Abbas at the U.S. District Court for the Northern Distric…