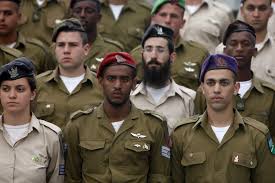 At least 30 Palestinians have been detained by Israeli forces in occupied East Jerusalem and the West Bank overnight, according to Palestinian news agency Ma’an.
Occupying forces raided the Suwwana neighbourhood last night in East Jerusalem’s Old City, detaining seven young men. Residents said they believed the detentions were in reaction to clashes at a funeral on Sunday which injured 35 mourners.
In the West Bank, Israeli occupation forces carried out multiple pre-dawn raids of Palestinian homes, detaining numerous men. No reason was given for the arrests. According to the Palestinian Prisoners Society (PPS), soldiers detained eight men from the city of Hebron, claiming one was a “Hamas operative”.
The PPS statement highlighted that Israeli forces also briefly detained a 30-year-old woman from Kafr Qalil in the Nablus district.
Israeli raids in Palestinian towns, villages, and refugee camps are a daily occurrence in the occupied West Bank and East Jerusalem. The UN estimates that the occupying forces carried out a weekly average of 95 search and detention raids over the course of 2016.