Man Utd To Complete Signing Of Ivan Peristic Next Week

Manchester United will complete the signing of Inter Milan’s Ivan Perisic next week, according to The Independent.
The Red Devils are yet to agree a fee for the Croatia international, but a deal will be done for around £45m to £50m, the report claims.
Perisic, aged 28, is one of United boss Jose Mourinho’s top transfer targets and has already agreed personal terms with the Red Devils.
Read also: ISIS Leader Has Been Killed 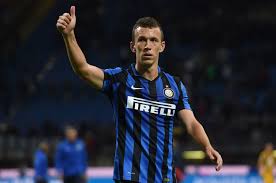 But Inter have been holding firm over their asking price for the winger.
Despite the Serie A side playing hardball, United sources are said to have briefed the newspaper that they are likely to match Inter’s demands and wrap up a deal with the next week.
Perisic has just completed his second season at the San Siro. He has scored 20 goals in 79 appearances since joining Inter from German side Wolfsburg.
He started his career in France with Sochaux. He moved on to Club Brugge before spending two years at Borussia Dortmund.