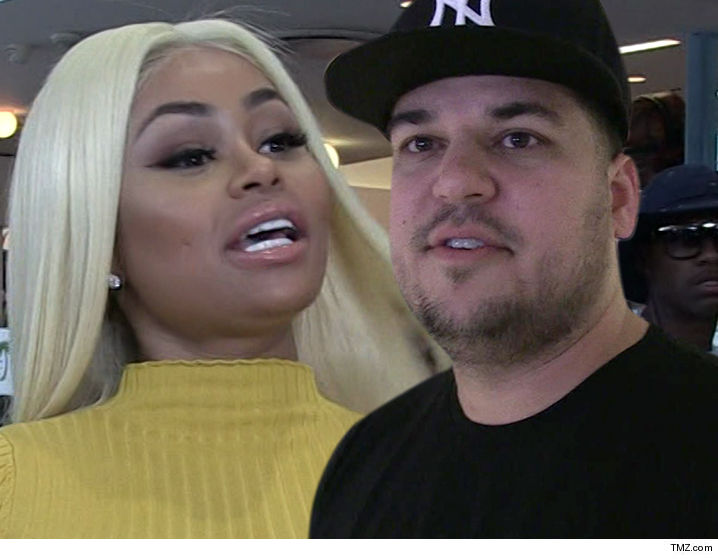 All is definitely not well with Blac Chyna and Robert Kardashian.

The reality star and sock entrepreneur has gone off on how Blac Chyna cheated on him with an unknown guy.
According to him, he paid for her Ferrari and tummy tuck after their baby was born on their anniversary. He wrote, "Everyone wonders how Chyna lost all that weight after the baby and she lies to everyone but no I'm such a great Husband that on our anniversary I paid 100K to do this surgery to get all everything fixed as much as they could. And then guess what she did after she was all healed when I was by her side the entire time.

She left me and my baby which she had out of spite to get back at her other baby daddy. I can't believe u would disrespect me like this."
He goes on to reveal he has been taking care of their little girl, Dream, since Chyna refused to stop doing drugs and cocaine and other x-rated things.

It doesn't end there, apparently the model sent him a photo of herself kissing another man.

"Hahahaha Chyna just sent me this video saying happy 4th of July what a crazy person. Come spend time with your daughter instead of fucking me and then this dude right after. U need help," he wrote alongside the video.
An obviously furious Rob then goes ahead to share a photo of the 'dude' Blac was cheating on him with.

"And this the dude that posted a pic in the same bed Chyna and I made our baby in. The house that I pay for. That robe i prob paid for. Imma send u messages from this dude asking to link with me or he gonna expose Chyna if I don't help him get money cuz he can't handle the bills to take care of Chyna.
Lol. I pay lambo. Ferrari. Down payment on the rolls. Downpayment on your moms car.
I pay your mother since u won't even call your own mother back in months. I prob spent a million alone in the past 2 months. 90K necklaces. 70K watch. The Ferrari that u pretend u got yourself.
Chyna I hope U find help and to this corn ball , u thirsty as fuck for hitting me and begging to link with me and if I don't help u get money then u gonna expose Chyna. Bro go back to your son who is at home instead u out here fucking someone that everyone fucks including me.
Lol. Clown. She everybody's and it's been that way. The disrespect in the bed that my baby daughter lays in. Chyna u literally lost on this one."
More of his rants below: