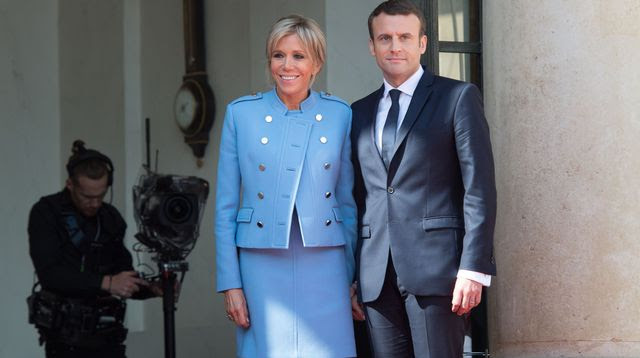 Brigitte Macron, the wife of French President Emmanuel Macron has spoken for the first time about being married to a man 25 years her junior.
According to her, the only problem is that 'he’s younger than me’.
In a very honest interview with Elle magazine, the 64-year-old admitted that she is always reminded of the age gap every morning when she stares at her boyish husband.
‘Of course, we have breakfast, me with my wrinkles, him with freshness, but that’s how it is,’ said Mrs.


Speaking about the public pressure which forced her husband to abandon their plans to give her the official title of First Lady, she claimed she is unbothered about their opinion.
‘I don’t feel like a First Lady,’ said Mrs. Macron. ‘That’s the translation of an American expression, and I don’t like anything about it.’
Mrs. Macron whose age gap with the president caused a wide outrage around the world, following how she started dating him while he was her teenage student at school, also said: ‘When I read about us, I always get the impression that I’m reading someone else’s story. Our story is so simple.’ 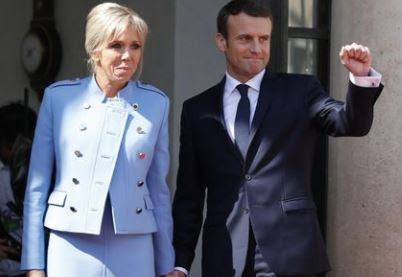 ‘If I hadn’t chosen this, I would have missed out on my life,’ she said.
Brigitte, who has three children with her ex-husband whom she divorced in 2006 and married Macron in 2007, has no child with the President.
The couple is currently enjoying a romantic holiday in Marseilles, the south of France.