A 12-year-old Indian school girl killed herself after allegedly being shouted at for staining her uniform and bench with period blood. 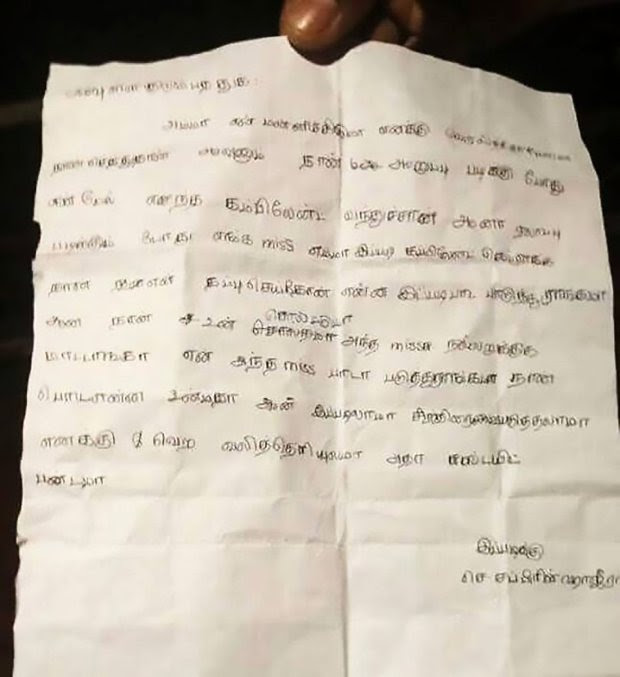 The 7th grader, a student in a Senthil Nagar school, in Tamil Nadu's Palayamkottai, Southern India, had asked for permission to go to the restroom after her menstrual blood stained her uniform and bench but the teacher allegedly yelled at her.
At about 3 a.m. yesterday she jumped off the terrace of her neighbor's house. Her shocked parents had no idea why she had taken her own life, until they found her suicide note. In it, she said her friends had pointed out that her bench and uniform had menstrual blood on them. Embarrassed, she asked her teacher for permission to go to the restroom but the teacher reprimanded her in front of her classmates, told her to leave the room, and scolded her asking if she couldn't even place her pad properly. The teacher then took her to see the principal, who allegedly scolded her as well. 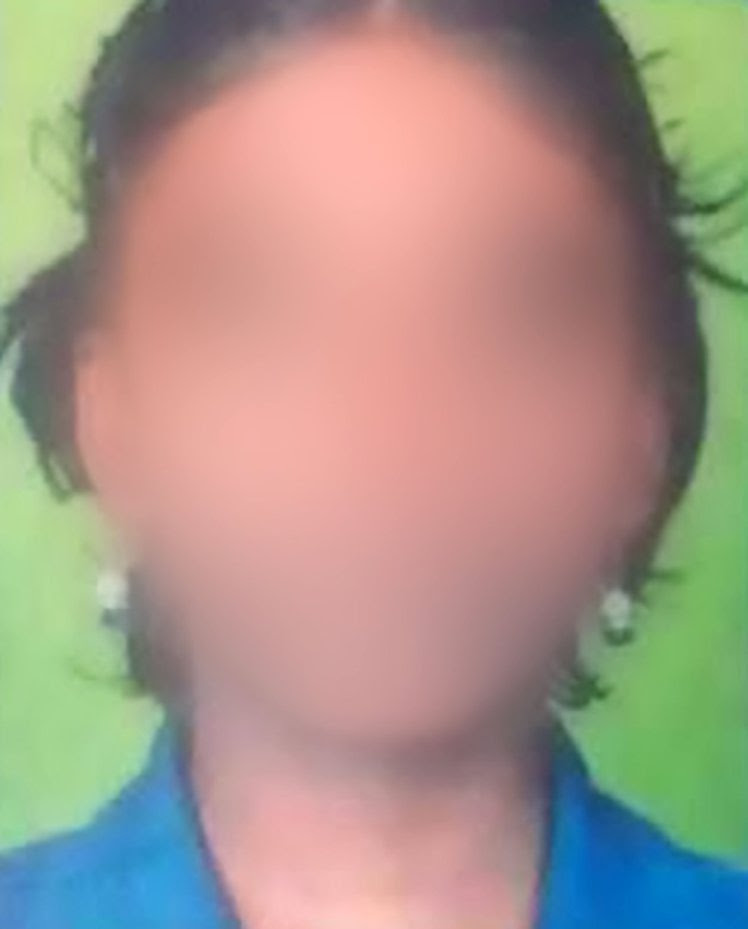 "I don't know what to say. Until now you didn't hear any complaint about me but why did the teacher complain about me like this?", she asked in her suicide note.
The incident sparked protests from the parents of pupils and members of the public who were angry over the girl’s death. Police managed to break up the crowd and promised to take action.
A senior police spokesperson confirmed that an investigation has been launched.
They added: "Right now we are hearing different versions. Only after the completion of probe will we have clarity."

Watch this video on how to deal with #depression:

"Another Catastrophe Is Set To Begin In December 2020" - Abhigya Anand, Who Predicted Corona Virus Before It's Spread

Abhigya Anand is an Indian who is just 14 years old. He is an astrologer and within August 2019, he amazed everyone in a video in which he predicted the coronavirus pandemic that months later impacted the world.


Anand launched a new prediction a few hours ago in which he made known when the pandemic will finish and also warned of a new tragedy that will start to take place in December this year and that will break out in March 2021.


He is the youngest student who completed his studies of Vastu Shastra, an old doctrine of Hindu culture that analyzes how nature impacts the constructions of humanity. In addition, he has a postgraduate degree in Ayurvedic Microbiology.


BREAKING NEWS: NIGERIA BELONGS TO FULANI & WE ARE READY TO TAKE OVER

Abhigya said in his new video that September 5 of this year will be the date on which the Covid-19 will be completely eradicated. And he remarked that it is simply possible to flee from “these pandemic outbreaks” if “immunity” is acquired.

On the other hand…

Despite the COVID-19 pandemic, the West African Examinations Council (WAEC) said on Sunday, June 7, that it is set to commence its activities in Nigeria.

The organisation said it would commence examination after the Nigerian government reopens schools across the country.


WAEC had suspended its examinations in March 2020 following the closure of schools in the country as the government announced lockdown of some states and Abuja.

The Nigerian Tribune quotes WAEC's spokesperson, Demianus Ojijeogu, as stating this during an interview. WAEC says it is prepared to conduct examinations in Nigeria

He explained that the organisation was fully set to commence its operations and conduct examinations for candidates but that it is not in a hurry.

He also said after schools resume, the organisation would have guidelines for conducting the examinations. He expects that WAEC would not rush its candidates into the examination even though it had provided them online study materials.


The state’s Commissioner for Information and Communications, Paulinus Nsirim, who disclosed this in a statement, said the governor gave the directive when the BUA Foundation presented three ambulances to support the state government’s fight against the pandemic.


Wike said the state government would carry out more tests in order to reveal more cases in the state.


He said: “The more we test, the more the numbers will increase and we are willing to continue to test. Let our people know that this is not the kind of sickness to be ashamed of, nobody knows who you have shaken hands with.


“I’m sure in Rivers State, we have lost not less than 38 lives on the record. Nobody will be happy that each day you wake up, you hear that somebody, probably a breadwinner of the family, is no longer there because of COVID-19 pandemic.


“In fact, I have given a directive that all …

Operatives of the Aniti-Kidnapping Unit, in a Sting Operation yesterday 29/6/20202 at about 1330hrs, arrested a pastor who is also a notorious kidnapper and serial killer, Anthony Ndubuisi, from Ngo-Okpala in Imo State but resides at Umuebulu Etche LGA, Rivers State.


The suspect who was arrested through intelligence led policing, on interrogation confessed to have carried out several kidnappings and killings of his unsuspecting victims, including three Foreign Nationals and a Nigerian.


The recent, being the kidnapping and killing of one Ajumiene Offor, who was lured from Aba to his house, for a business transaction but kidnapped and killed on the 9th of June, 2020.


According to reports, Tony - who is also into the sales of shoes and own a church - kills mostly his business associates after business deals, especially the ones he is owing. He kills them in one of his unoccupied houses.


In the course of investigation, the suspect led Operatives to his house at Umuebulu, where he pointed to …

Fulani Will Rule Forever, We Are Flagging Off Security Outfit Across Nigeria" – Miyetti Allah

The National President of Miyetti Allah Kautal Hore, Bello Abdullahi Bodejo, has said that "the Fulani own Nigeria and will rule the country forever

Abdullahi also revealed that his organisation had concluded arrangements to flag-off its own security outfit with about 5,000 to 100,000 vigilantes to be deployed across all the states of the country. He said that Fulani don’t need permission from anyone to settle in any land of their choice because Nigeria belongs to them & they founded it.

The Fulani leader said that like Amotekun, where the States Houses of Assembly in the SW made laws to back it up, the Fulani security outfit won’t be needing the law to support it because every place the Fulani find themselves, “that is their own Assembly.”

Abdullahi stated this in an interview with the Sun, adding, “My organization, Miyetti Allah Kautal Hore, we are trying to set up our own security outfit. We are considering starting with 5000 personnel


While their own is Amotekun,our own nam…