NBC To Begin Censoring Media Houses - Here Are Some Of The Rules..


The National Broadcasting Commission (NBC) has announced that they will begin to censor media houses, starting October 1, 2017.
According to Sahara Reporters, NBC has laid down rules for media houses in the country to follow.
The rules were reportedly communicated to media houses at a meeting held on August 10, at NBC’s zonal office at Tafawa Balewa Square, Lagos.
NBC has said broadcast stations are not permitted to hold discussions on ongoing court cases. 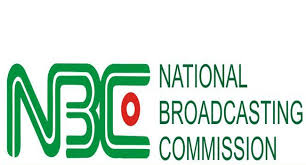 The commission has said court cases can henceforth only be discussed at their early stages, and at the final stage, after a judgement has been given.
This implies that Nigerians will not be allowed to air their views on all court cases while it is ongoing.


Another rule states that broadcast stations will be fined N500k for any perceived hate speech expressed by callers during phone-in programs.
The commission has mandated that broadcast stations use screeners to censor calls before they are aired live.
The commission also said broadcast stations will be allowed to have only 5 phone-in shows a day.
The zonal director of NBC, Matthew Okoduwa has said that though the commission understands that Nigerians are frustrated with the state of the nation, it will not permit such frustrations to be expressed through hate speech.
Okoduwa blamed presenters and anchors of phone-in shows for providing an avenue for callers to express hate speech live on air.
Newspaper reviews are also now allowed to be aired just once a day.
“Newspaper reviews can only be broadcast once a day in a station. Anything more than that would amount to a breach of the new rule,” Okoduwa said.
Viewers and listeners have also urged to contribute on social media, rather than phone-in on television and radio programs.
Also, the cost of phone calls will be borne by the broadcast station, and not the callers phoning in.
According to Sahara Reporters, some media houses have expressed concern over the NBC rules.
They have said it means Nigerians will not be allowed to air their opinions on important issues in the country, including political and social.
A media practitioner who spoke on the condition of anonymity said he believes that this will restrict the free speech of Nigerians.
The rules are especially suspicious, as the commission has not expressly stated what it terms “hate speech.”
The Acting President had on Thursday spoken against hate speech, saying it is a type of terrorism.