Read How Pregnant Woman Was Stabbed, Burned In Satanic Ritual

A heavily pregnant woman was stabbed to death and burned to ashes in a suspected satanic ritual, police say.

Fernanda Pereyra, 26, was barbarically killed before her body was burned in a fire so hot she could only be identified by her necklace, reports say.

Her ashes were found in an Argentinian wasteland on mile three of Route Six near the town of Rincon de los Sauces. 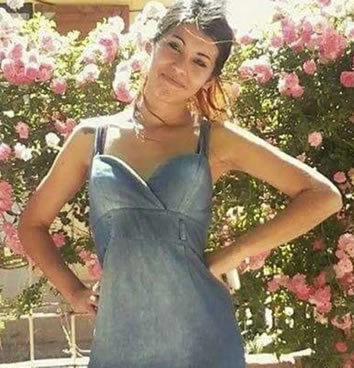 The killers reportedly used a large amount of fuel to burn her body and then transported it in a Renault Kangoo van.

When recovered, the van appeared to have been cleaned, but traces of blood and hair from the victim — who was six months pregnant — remained, according to prosecutors.

Police have arrested three people in connection with the killing: her former boyfriend Luciano Hernandez and his two friends Osvaldo Castillo and Diego Marillan.