Actress Meghan Markle Opens Up About Relationship With Prince Harry

“Suits” actress Meghan Markle has confirmed her relationship with British royalty Prince Harry as she covers the October 2017 issue of Vanity Fair magazine. 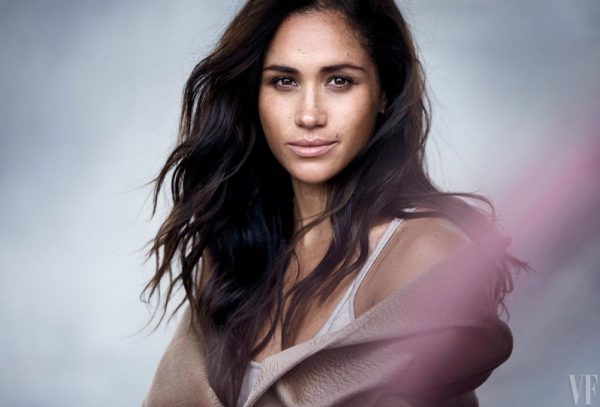 Looking absolutely stunning on the cover, the 36-year-old actress talks about how her life has been while dating Prince Harry, why they chose to keep the relationship private, the scrutiny over their relationship and more.


See excerpts below:
On dating Prince Harry: “We’re two people who are really happy and in love. We were very quietly dating for six months before it became news, and I was working during that whole time, and the only thing that changed was people’s perception. Nothing about me changed. I’m still the same person that I am, and I’ve never defined myself by my relationship.”
ATTENTION: Meet Contestants For 2017 Most Beautiful Girl In Nigeria
On keeping private with the Prince: “We’re a couple. We’re in love. I’m sure there will be a time when we will have to come forward and present ourselves and have stories to tell, but I hope what people will understand is that this is our time. This is for us. It’s part of what makes it so special, that it’s just ours. But we’re happy. Personally, I love a great love story.” 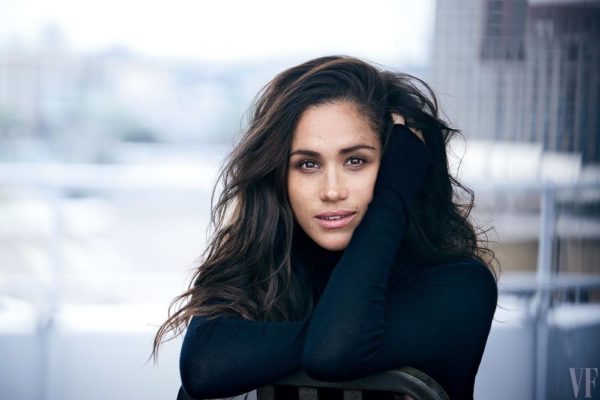 On the scrutiny she feels over her relationship: “I don’t read any press. I haven’t even read press for Suits. The people who are close to me anchor me in knowing who I am. The rest is noise.”
On the fame from being Prince Harry’s girlfriend: It has its challenges, and it comes in waves—some days it can feel more challenging than others. And right out of the gate it was surprising the way things changed. But I still have this support system all around me, and, of course, my boyfriend’s support.
Read more on VanityFair.com.
Photo Credit: Peter Lindbergh for Vanity Fair Magazine.

It’s here guys! 🌟🌟
This workshop by TheBlackwriter, an Abuja based lifestyle content creator will help you revisit the basics of your brand, business, the vision, purpose and figuring out your voice. ⁣ ⁣ In this course you'll learn:⁣ ⁣ - to tailor your storytelling. ⁣ - to create experiential content⁣ - to build emotionally connected customers. ⁣ - how to create a content sales funnel and monitor /track your content. ⁣ - how social media fits into the big picture of your brand. ⁣ ⁣ This workshop is for business owners, social media managers who want to master social media to drive sales and achieve business goals. ⁣ ⁣ It's suitable for individuals who want to push a strong personal brand. After all, your brand image is a product and at the end of the day you need the same results. ⁣ ⁣ Send a DM to TheBlackWritersCollective reserve your spot or send an email to tbwconsults@gmail.com ⁣ ⁣ ⁣

Doguwa, Five Others Sworn In Today, Returns As House

The member representing Doguwa/Tudun Wada federal constituency, Alhassan Ado Doguwa, has been sworn in alongside five other members today.
He was sworn in alongside Munnir Babba Dan’Agundi (APC,Kano), Ogbonna Alex (PDP, Cross Rivers), Datti Ali Yako (PDP,Kano), Miriam Onuoha (APC, IMO) and Auwal Muhammad Jatau (PDP, Bauchi).
The members sworn-in either retained their seats or defeated the incumbents during the re-election held last week. Doguwa, who was the House Majority Leader before the annulment of his election in 2019, was also returned to his former position.