FEC Orders Probe Of Past Heads Of JAMB, NIMASA

A probe of past heads of the Joint Admission and Matriculation Board (JAMB), and the Nigerian Maritime Administration and Safety Agency (NIMASA), has been ordered by the Federal Executive Council.

The decision was reached at the FEC meeting presided over by President Muhammadu Buhari on Wednesday, September 13. 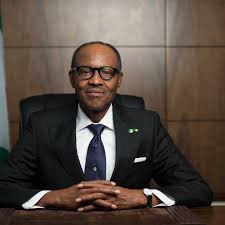 the probe was ordered by the president due to poor remittances by the agencies in the past.

Briefing the Council about the development, Kemi Adeosun, the finance minister, stated that for the first time in its 40 year existence, the sum of N5bn was remitted by JAMB to the government’s coffers, as against the maximum amount of N3m per annum which was usually remitted in the past.

However, minister lamented over the fact that the board still owed N3bn to the federal government. According to Adeosun, there will also be a probe of other agencies with similar discrepancies in their remittances.


Following initial tussle over his custody between Nigeria and the United States, Mr Abbas was ultimately handed over to the Federal Bureau of Investigation (F.B.I.) on July 2. He arrived in the U.S. on July 3 and made an initial court appearance in Chicago.


Although American prosecutors said Mr Abbas would still be transferred to Los Angeles “in the coming weeks”, he has decided to hire a top lawyer in Chicago to guide him through the process of transfer to Los Angeles.


Mr Pissetzky made the first appearance on behalf of Mr Abbas at the U.S. District Court for the Northern Distric…