Here's A List/Photos Of How NFL Teams Have Protested Against Trump's Statement.


American football stars playing at Wembley stadium, London and at least 100 NFL stars in the US have defied President Donald Trump after he said sportsmen who 'disrespect America' by protesting during the national anthem should be fired by their teams.
He was referring to a controversial string of protests started by player Colin Kaepernick to highlight the treatment of black Americans. 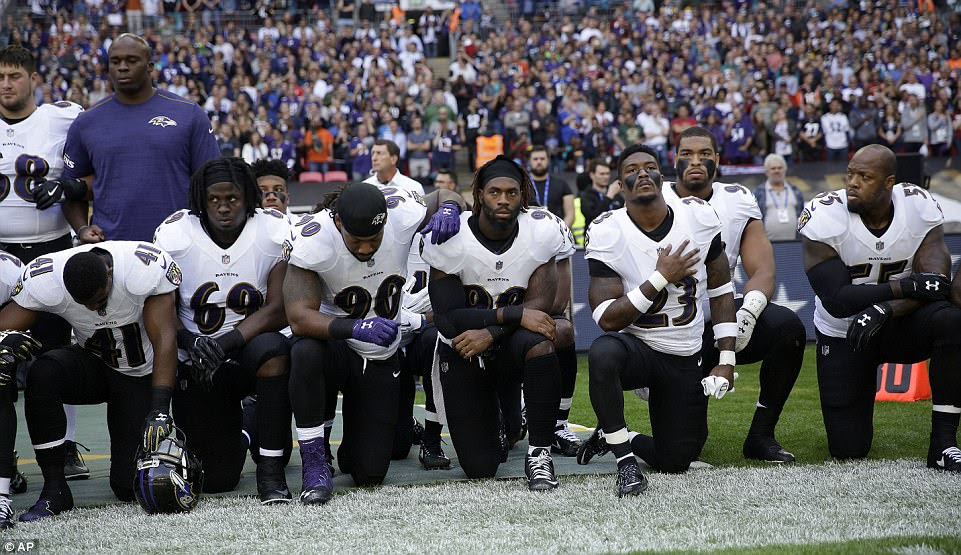 Trump had said; "Wouldn't you love to see one of these NFL owners, when somebody disrespects our flag, to say, 'Get that son of a bitch off the field right now. He is fired."
Players from both Jacksonville Jaguars and the Baltimore Ravens defied him on Sunday by dropping to their knees as the national anthem was played prior to the match in London, and other players in the US have taken the same route by either kneeling or sitting, locking arms in solidarity, or staying in their locker rooms during the national anthem. 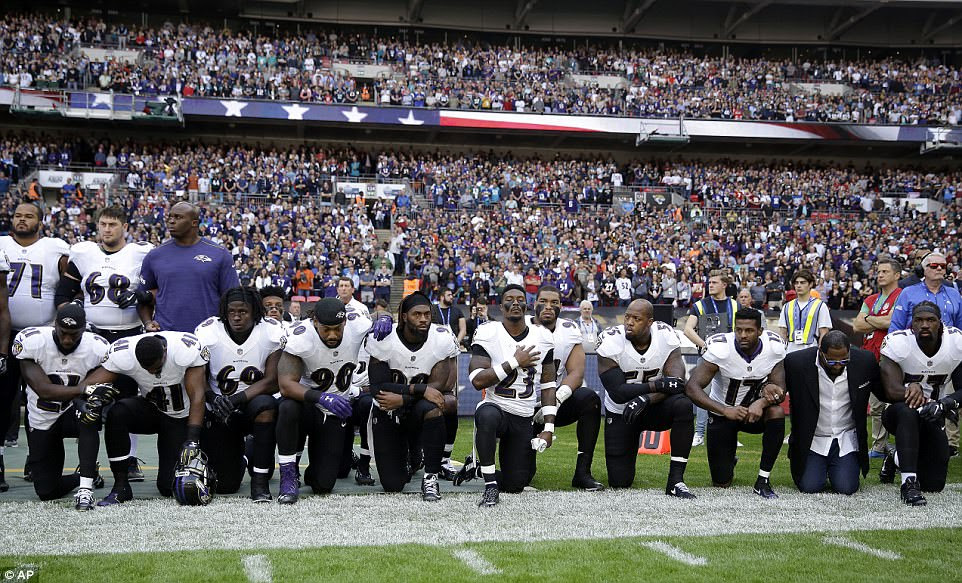 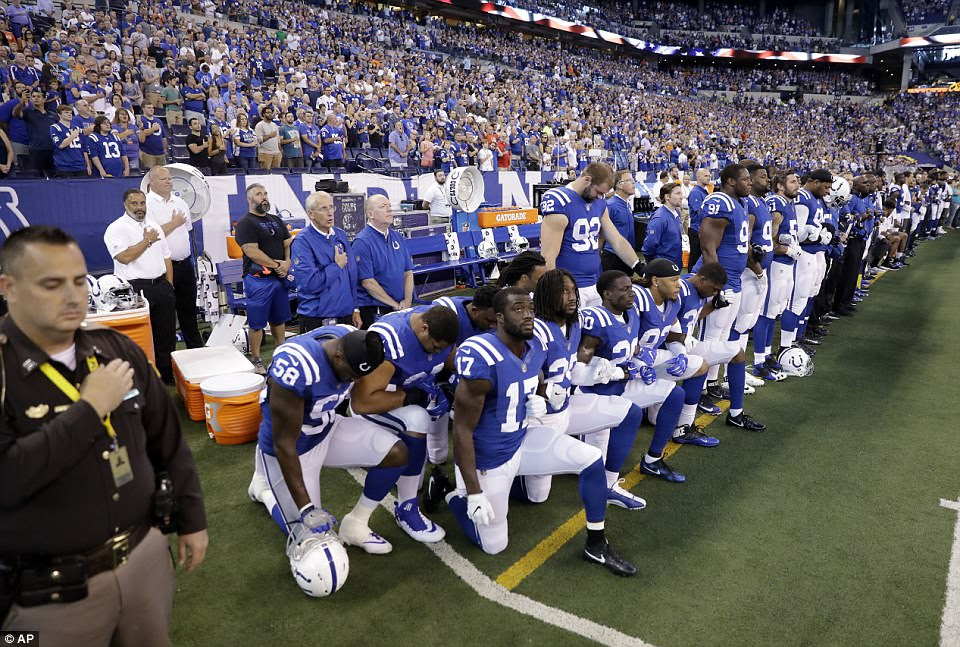 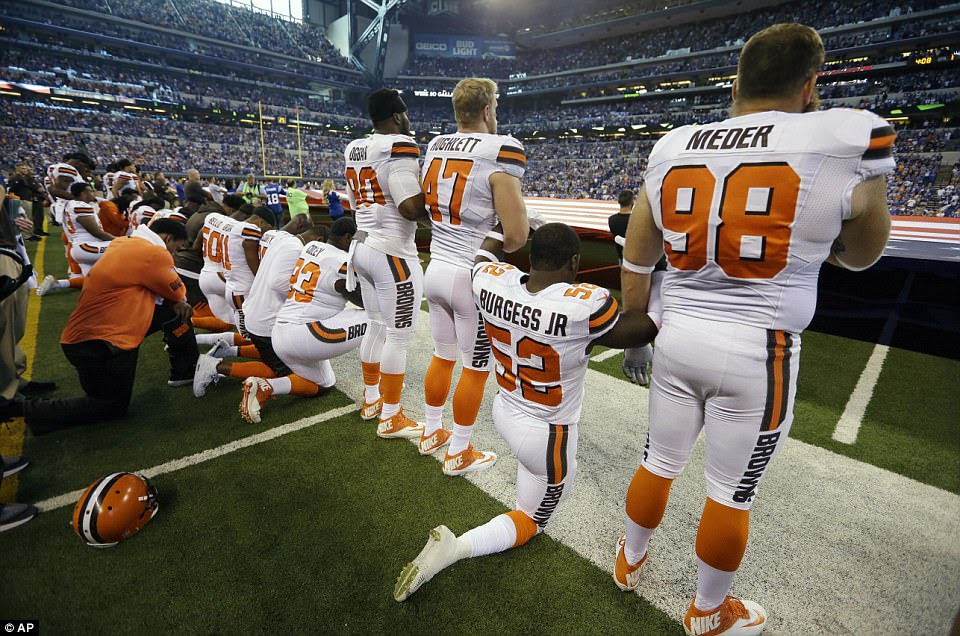 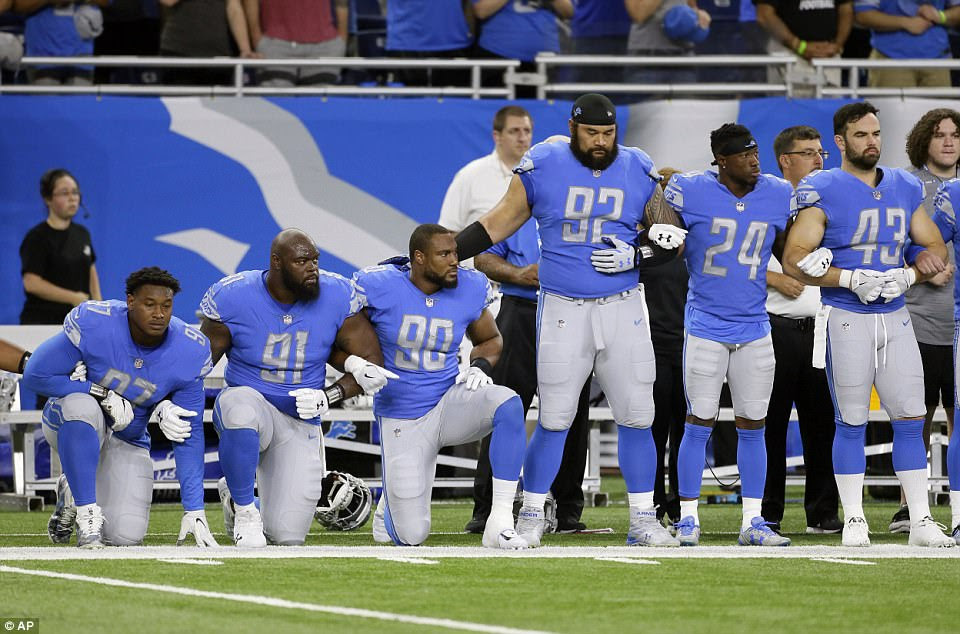