A statement released by the Police force spokesperson, DCP Frank Mba today April 14th, said the arrest of Bashir, a graduate of one of the Federal Polytechnics, came after painstaking efforts and investigations by operatives of the STS to hunt down the criminals.

Bashir and his accomplice and Aminu Yakubu specialized in using customized master key, crafted out of screwdriver to open and start vehicles. Police investigations show that their choice of cars to steal are the ones without special security features such as pedal or steering locks.

A total of twenty-one (21) vehicles have so far been recovered from the syndicate and their criminal receivers. 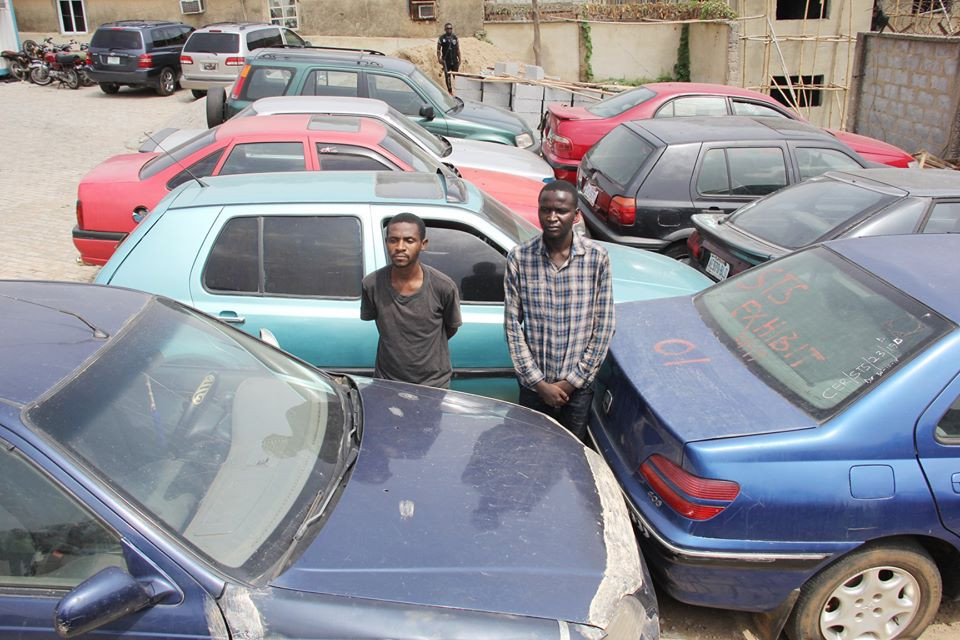 The suspects claimed that they found it easy to steal in JUTH due to the lax security at JUTH premises. Police investigations reveal that their choice cars are Toyota products, Honda products, and Volkswagen especially the Golf brand because these brand of cars are in high demand by criminal receivers, either in whole or in parts across the country and other neighboring countries.

In the light of the above, members of the public whose cars were stolen between January 2019 and March 2020, within the premises of Jos University Teaching Hospital (JUTH) are advised to come forward for possible identification and recovery.

Nigerians are equally enjoined to take extra measures to secure their cars by utilizing special security features such as steering or pedal locks, tracking systems, etc. In the same vein, institutions and organizations are encouraged to enhance security and access control within their premises to minimize the possibility of theft and other mischief by criminals.

In a related development, a 28 year old female armourer, Fatima Garba has been arrested alongside her gang of kidnappers and armed robbers, notorious for attacking Nigerians around Sokoto, Kebbi, Kaduna and Niger States.

Mba in his statement said Fatima was responsible for ensuring the safety of the weapons used by the gang whenever not in use.

''Fatima, who confessed of being the gang’s armourer for over a year, claimed to receive a handsome reward each time the weapons were returned to her after each operation. She acknowledged knowing that the arms which she usually kept in a neatly dug hole in her compound were used for robberies, kidnapping and other criminal purposes. Investigations show that Fatima, who is a trader and single mother of two was recruited by her boyfriend Abubakar Usman. Other members of the gang include: Samaila Usman ‘m’ aged 28, Mohammed Ibrahim ‘m’ aged 30, Mohammed Agali ‘m’ aged 22, Dahiru Bello ‘m’ aged 33, Shamsu Mohammed ‘m’ aged 30, Mohammed Usman ‘m’ aged 37, Umar Abdullahi ‘m’ 33, Buhari Abubakar ‘m’ aged 33 and Abubakar Garba ‘m’ aged 37. Since they began operations, the gang is estimated to have made over twelve million naira from their various criminal escapades.''his statement read 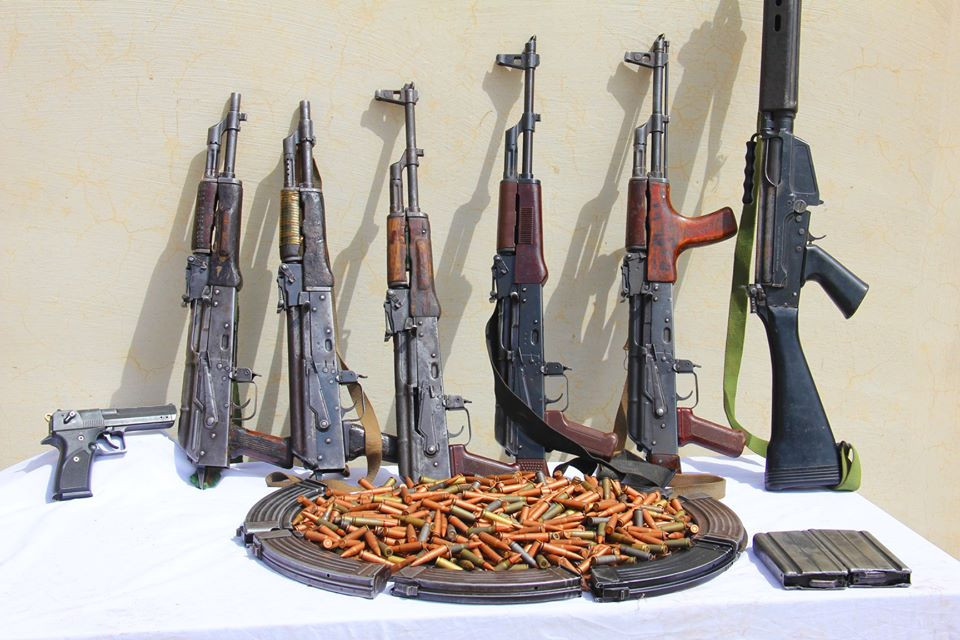 Items recovered from the gang are:

Mba said all the suspects will be charged to court at the conclusion of investigations.